The beauty of applique decoration 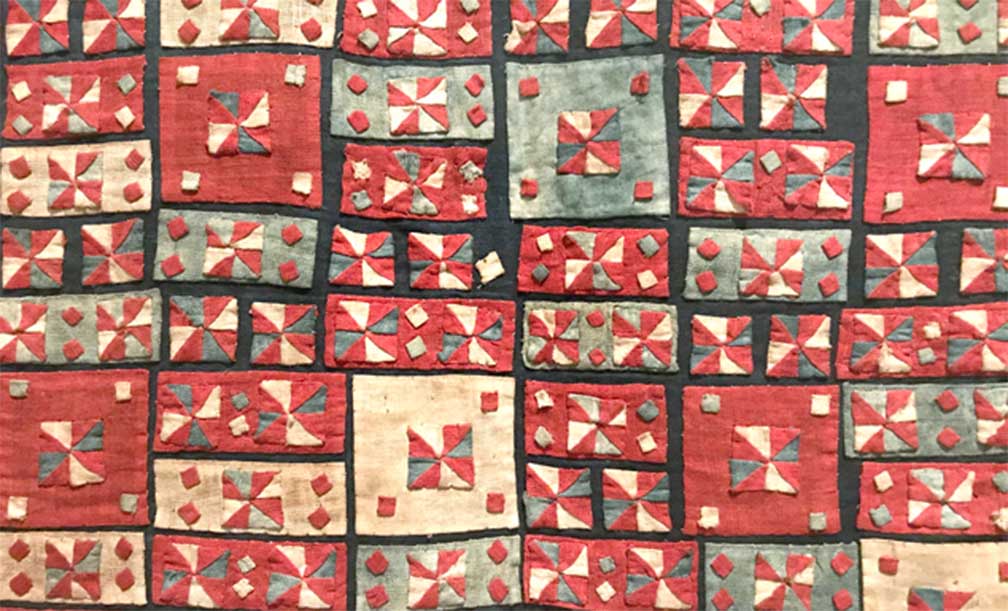 Appliqué is one of the ways to identify members of the H’mong communities found through out Vietnam. Ancient techniques have been splendidly developed into an art form by the H’mong people in Ky Son district of Nghe An province.

The art of appliqué is a method of “applying” fabric shapes by hand to produce decorative patterns on a variety of woven products. According to legend, the H’mong people had their own written script but when they were defeated by the Han Chinese they were forced to flee. In order to keep from losing their script, they applied it to their clothing, and this became the well known Appliqué of today. Although their written language has long been lost, variations of their original script can be found throughout H’mong communities and is one way to recognize members of a particular area.

Each decorative pattern has a deep and symbolic meaning, and like all H’mong communities, the distinctive patterns of the peoples of Ky Son tell a story related to their daily lives. For example, rainbow shaped patterns reflect their desire for a pleasant climate and bountiful harvest. Other designs use the symbol of the snail, which is readily found in the lands they inhabit. Another common pattern is of the hemp flower, which has been utilized for generations to weave heavy-duty fabrics and sturdy garments. Each unique pattern is symbolic of their way of life. Some reflect stories of overcoming challenges, while others symbolize social values and teach morals.

Ky Son has developed the appliqué technique for a wide variety of woven hemp products oriented towards the tourist markets in Vietnam. Products such as handbags, knapsacks, scarves, and purses can be found in luxurious shops of Hanoi, Ho Chi Minh City, Hue, and Hoi An. Additionally their products can be found in the European and American Fair Trade markets distributed by organizations such as Ten Thousand Villages, helping to continue long standing traditions and maintain the vibrant cultural identity of the H’mong peoples.

Indigo in the clouds - Hmong textile in Sapa (~90km)

How nice rattan-slanting products are! (~159km)

Spirituality Doesn’t Give Way to Kitsch in Hoang Thinh (~174km)

Ngoc Dong Is Heir to a Priceless Craft Heritage (~185km)

Home to the pottery families (~187km)

The craft of jewelry-making in Chau Khe (~212km)

Nostalgic Beauty - All That Glitters Is Not Gold (~221km)

The Charm of Rattan Products (~240km)

The legend of wood carving in My Xuyen (~353km)

Brocade in the Central Highland of Vietnam (~488km)