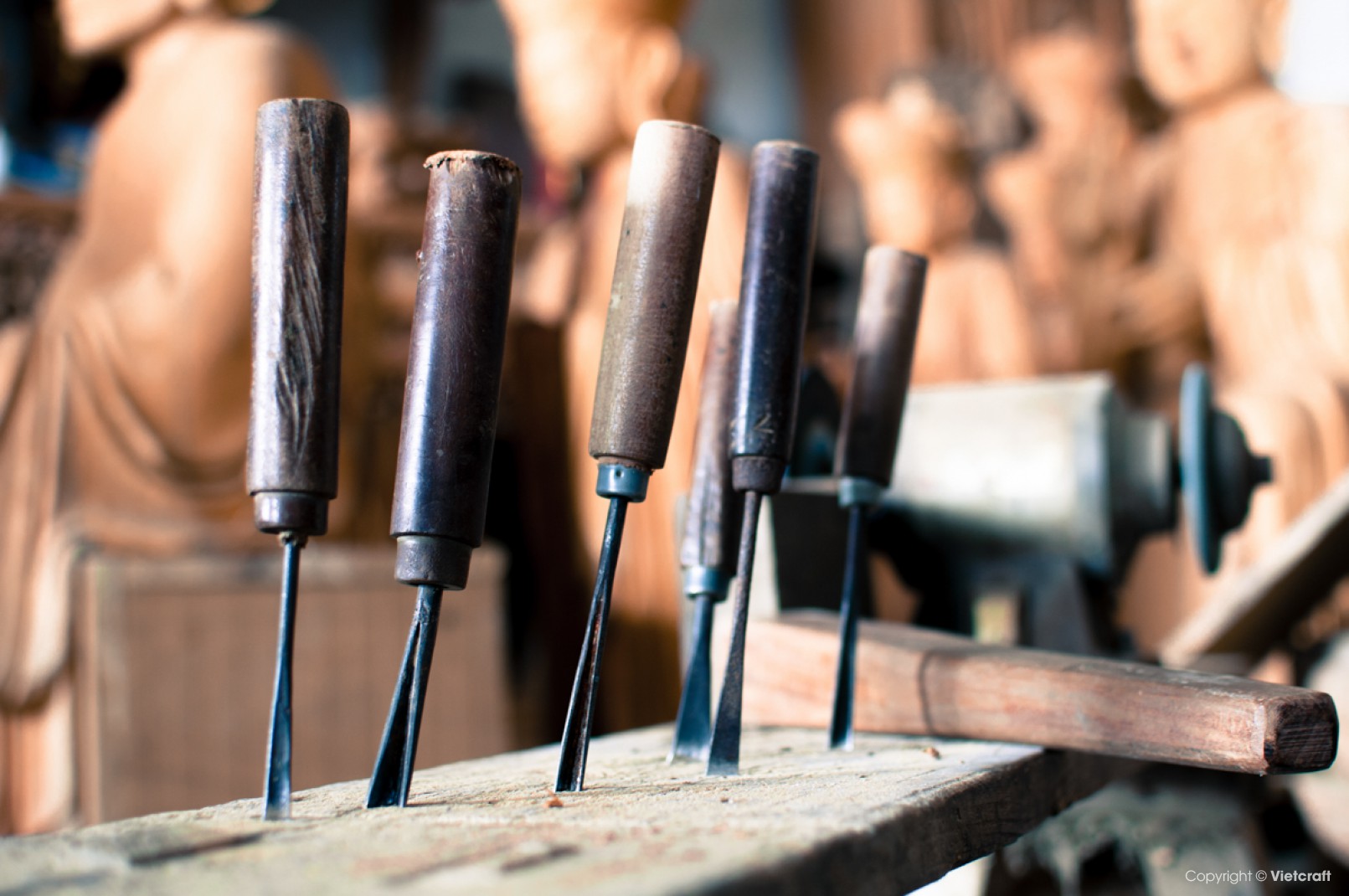 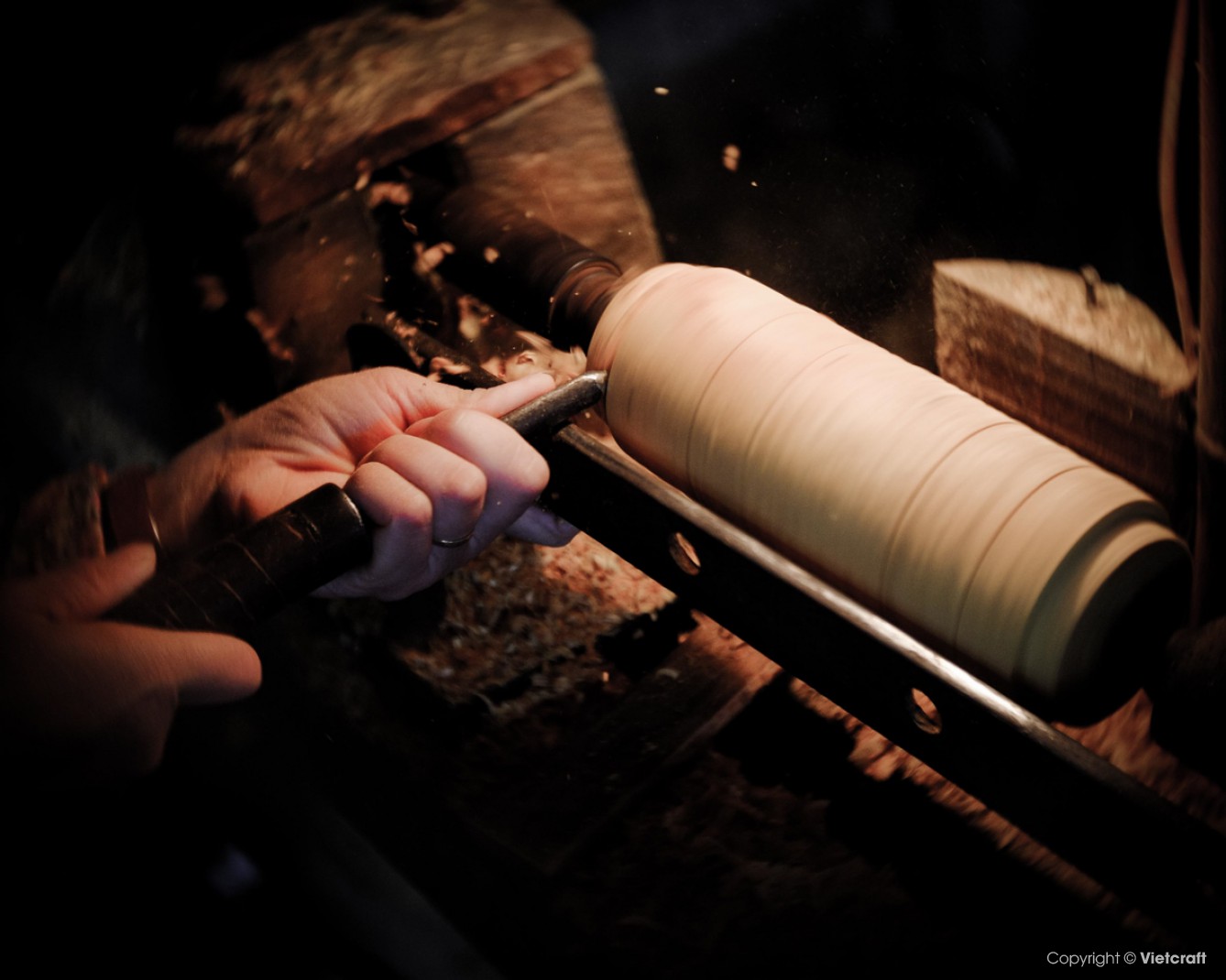 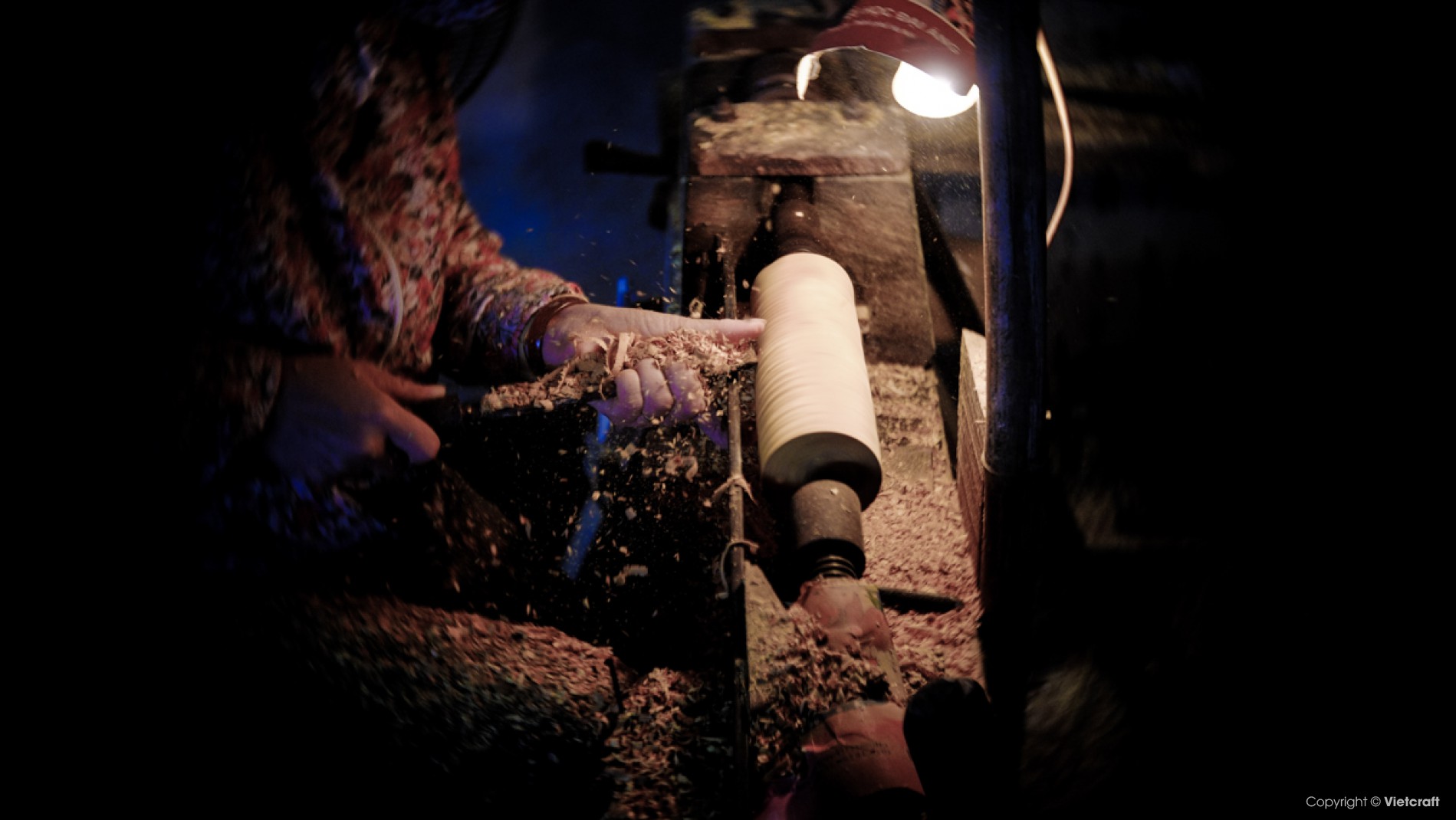 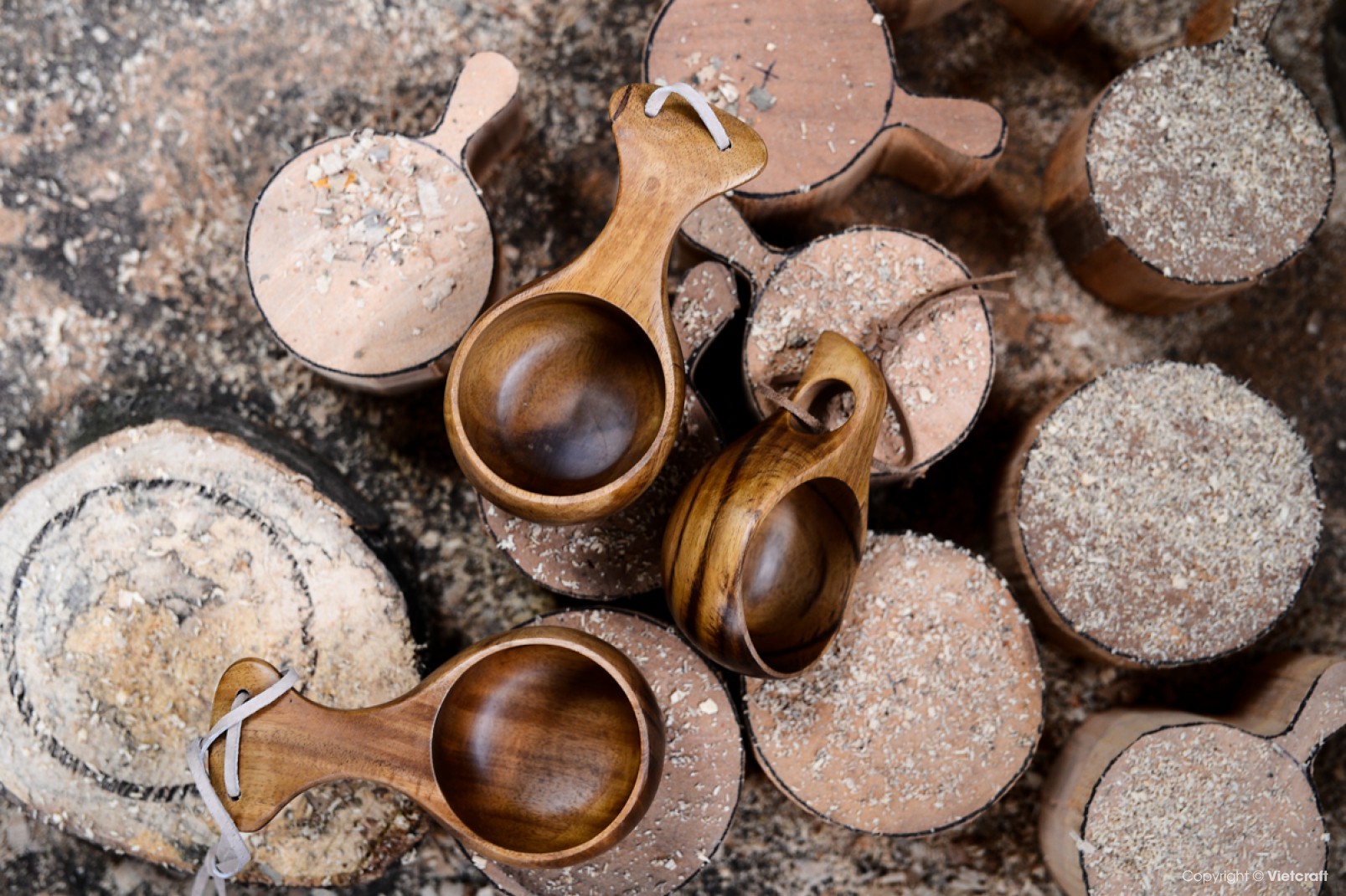 Nhi Khe is the most famous wood carving village in Viet Nam with hundred years of history, locates less than 20 kilometers from Ha Noi. At Nhi Khe, you will not only see delicate products that are made by skillful hands of talented craftsmen from the rough logs; but also enjoy a very typical style of the Northern village with pipals, wells, communal grounds.

Nhi Khe ancient craft village, also known as Dui village, is famous for wood carving so it is also called Dui Tien village. As the legend, Forefathers of the carving village was Mr. Doan Tai. It was told that under the period of King Le Trinh, there was a talented craftsman named Doan Tai. He was able to carve many unique products as the tobacco pipe with 18 holes that could be used by 18 young men at the same time… Especially, many of his products were offered to the King. With his talent, he was rewarded as “Sac tu moc tuong of Le Dynasty”. He came to Nhi Khe and trained to people in the village. Since then he was respected as ancestor of the turnery. There is a folk song that is still talked by people in Nhi Khe “To live enough centennial / To die on the 25th October”. In the Northern villages of Viet Nam, October is the harvest time. The ancestor of turnery died on the 25th October, considered as the prosperous season, so the villagers believe that thanks to its ancestor so they have their full life today. Hence, villagers from all around always come back to the village on the ancestor’s death anniversary to commemorate him. Life is always bustling in Nhi Khe, showing the vitality of a traditional craft village. All craft business in Nhi Khe was facilitated fully equipments from rudimentary to modern as a self-contained factory. There are more than 400 households at the village and most of them are doing turnery. Turnery not only creates jobs for people in the village but also attracts many workers from neighboring villages in the production. Two main product categories of Nhi Khe are: Worshiping products like incense sticks, wooden trays, vases, candle holders,… that are carved and gilded lacquer. Second are daily items like wooden bars, balustrade, table legs, bead for blinds, wood carpet…Especially, there are many special products produced in Nhi Khe that are exported such as: candle holders, bowls, dishes from different type of woods like jackfruit wood, xoan wood for lacquerwares, trac and huong wood for direct use…

Nhi Khe products show the sophisticated technique, detailed and skillful, talented craftsmen. Elderly artisans in the village said that drilling small holes is very difficult in turnery, the smaller the holes they become more difficult. Another important technique is thread cutting. That is to integrate product parts together by spiral lace. Thread cutting is skillful so you can integrate different parts together easily to a block. The final technique in turnery is sliding. A log needs to be slides into equal required thickness to make a nice product. This technique requires the craftsman to have a good combination between lathe and drilling techniques to avoid unstable cutting surface.

Turnery is not limited to wood but also more favorable materials like horn, bone, mother of pearl and stone… From this village, many high quality jewelry and other handicraft items such as: vase, bowl, dish, box, ashtray, precious animal, lamp base,… are exported to many countries in Europe and Asia.

Nhi Khe is not only known as a unique traditional craft village but also known as the hometown of world cultural luminary national liberation hero Nguyen Trai (1380 -1442) and many other notables. In Nhi Khe, visitors can visit the complex of monuments, cultural heritage and intangible objects including village commune house built in 17th century, village temple, Truc temple, ancestor pray house, … dating back centuries and are the pride of all Nhi Khe villagers.