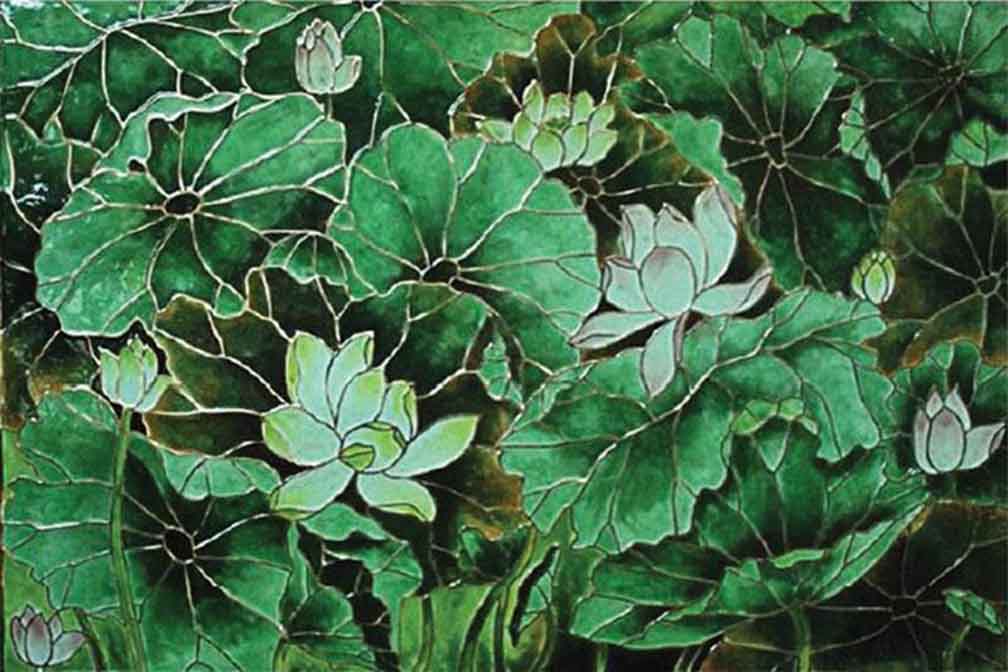 Visitors to the ancient capital of Hue, a UNESCO World Heritage site, marvel at the ceramic works which blossomed under Nguyen Dynasty. Talented artisans of the city produce what is known as Phap Lam Ceramics through a secret process to create a unique colour, tone and texture.

Phap Lam ceramics were specially made for the internal and exterior decorations of the Imperial Palace, imperial mausoleums and royal tombs. Exquisite vases, horizontal columns inscribed with meaningful and poetic Chinese characters in parallel sentences can all be found in the World Heritage sites and other historic localities throughout the Imperial City. Visitors can view at the historic inscriptions firsthand at the Thai Hoa Palace, Dai Noi; the Sung An Temple; the Minh Mang Mausoleum; the Bien Duc Temple; the Thieu Tri Mausoleum; the Hoa Khiem Temple; and the Tu Duc Mausoleum.

Many religious and ceremonial artifacts are also made of this distinguished ceramic. For example lamp and candle stands, tea sets, bowls and trays of the Buddhist temples, as well as common household objects are made here. Phap Lam is made of a bronze or copper alloy covered by layers of glaze. The number of glaze layers depends on the item under review and the technique used in the coloring of the glaze will create a variety of patterns.

According to researchers, Phap Lam ceramics utilize a technique brought from Quang Dong, China. Interestingly, Quang Dong has long been regarded as the gateway for cultural and art exchanges with Western world. Researchers found that the Phap Lam technique originated in Limoges of France during the fifteenth century, and was eventually transferred to Battersea of England. From there is was imported to China in seventeenth century and brought to Vietnam during the reign of the Minh Mang Emperor in 1827. The technique which had passed through so many skilled hands came to be regarded as having an exceptional beauty. Apart from the Phap Lam ceramics of Hue, there is an impressive collection of Phap Lam ceramics imported from China during the Nguyen Dynasty.

Today art lovers from around the world have made an effort to restore these treasures. One company which specializes in the restoration of Phap Lam ceramics is the Hue Restoration Enterprise. They have successfully rejuvenated the essence of Phap Lam from ancient artifacts to modern and useful objects.

The poetic hats of Vietnam (~8km)

The legend of wood carving in My Xuyen (~27km)

Brocade in the Central Highland of Vietnam (~147km)

The Charm of Rattan Products (~183km)

Nostalgic Beauty - All That Glitters Is Not Gold (~213km)

The craft of jewelry-making in Chau Khe (~214km)

Ngoc Dong Is Heir to a Priceless Craft Heritage (~229km)

Home to the pottery families (~236km)

How nice rattan-slanting products are! (~258km)

The beauty of applique decoration (~380km)