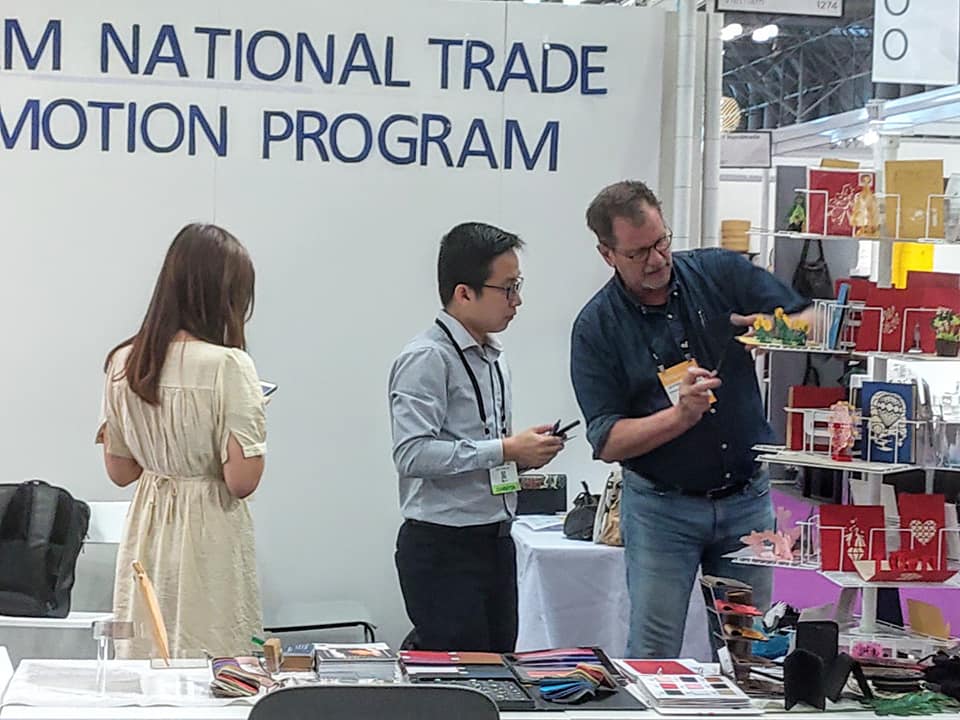 The International Gift Fair NY Now has officially opened at the Jacob K. Javits Convention Center (New York, USA) since August 10. This is the largest fair in the Americas for gift and crafts, handicrafts, home decorative articles. This year's fair attracts over 3,000 exhibitors from over 40 countries and territories around the world.

Within the framework of the National Trade Promotion Program, the Vietnam Handicraft Exporters Association (Vietcraft) has organized a delegation of 10 enterprises to participate in the fair. The groups of Vietnam's pavilion this year included rattan products of Hapro (Hanoi), embroidery of Duc Kien Company (Ha Nam), handbags of Bright Vietnam Company (Dong Nai), art paper of Paper Art Viet (Ho Chi Minh City), Christmas decoration of Thieu Mong Thi (Tay Ninh) ... with many different product lines and attracted the attention of many import businesses in the US and other countries in the region.