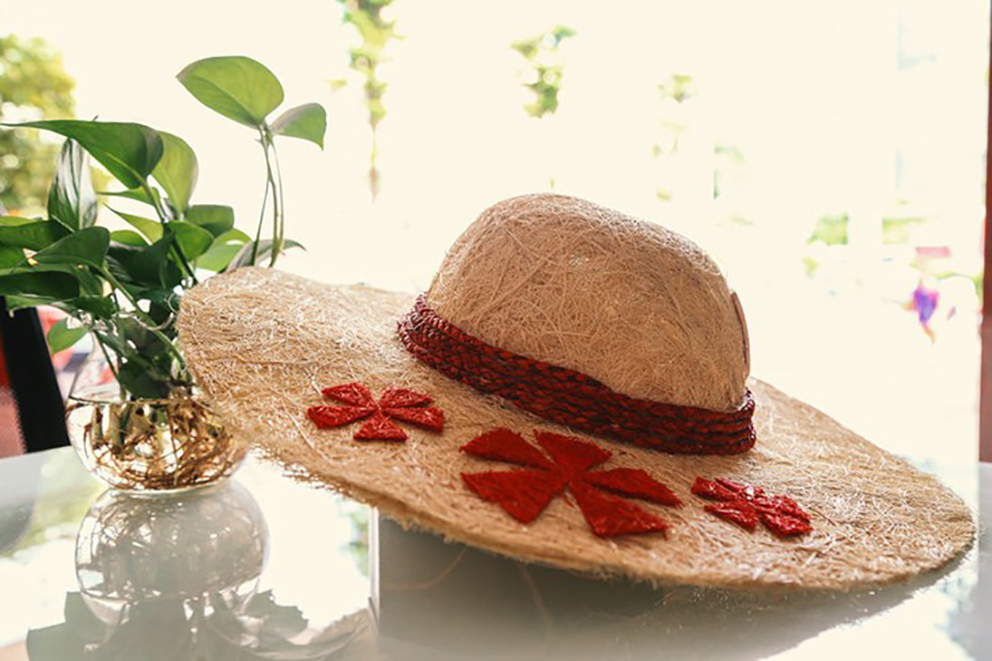 Sang revealed that when he first came up with the idea to produce hats from coir, nobody believed he would succeed because coconut fiber is tough to keep together and is likely to itch users. But Sang stayed firm with his vision. After some initial failures due to lack of equipment and experience, he finally churned out an acceptable product. Sang said the glue is the vital factor.

“It’s essential to create a glue that can connect coconut fiber and is also safe for users. My coir hats are also water proof,” he explained.

Born into a handicraft production family in Ben Tre province where coconut is abundant, Sang had been thinking of ways to make the best of coir, which is traditionally used as fertilizer. And he achieved it. Tran Huu Doan, Director General of Viet Sin Food Joint Stock Company, hailed the feasibility of Sang’s project and its export potential. He said 4 businesses are ready to sponsor the project already. Sang said he hopes the hats will not only generate income but also help promote his province to locals and visitors.