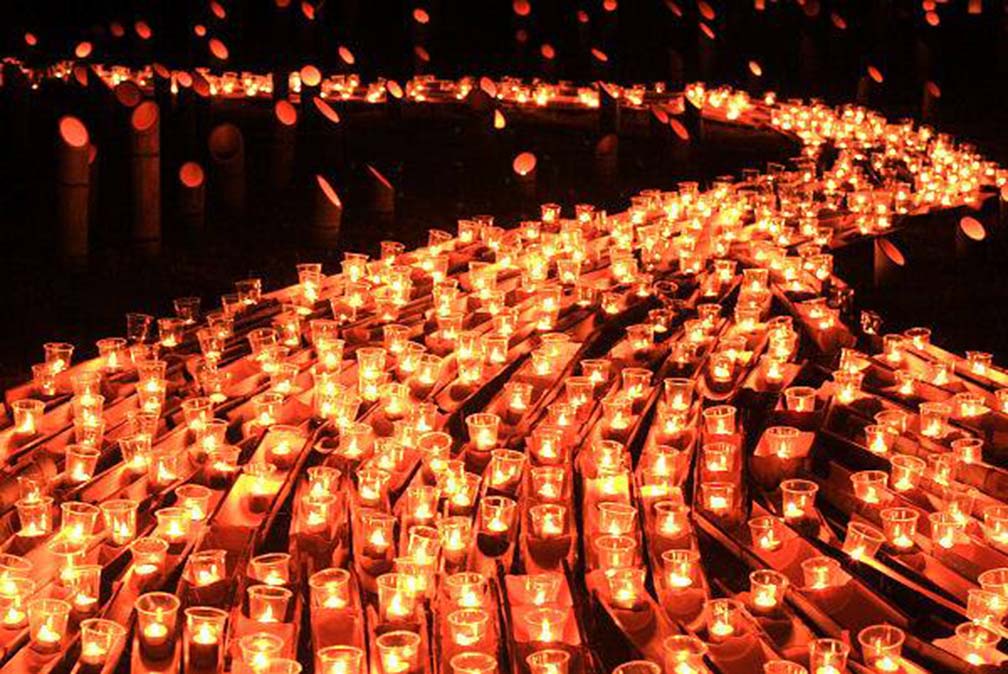 “Usuki-Takeyoi” is a bamboo lantern festival held in Usuki city, Oita Prefecture, which is one of the largest bamboo producers in Japan. On the 1st weekend of November every year, the main part of the Japanese castle city on the east coast of Oita Prefecture is filled with dreamy light of 20,000 bamboo lanterns.

The lantern festival began in 1997 with the purpose of stimulating local economy and people’s interest in bamboo forest preservation. This year’s 20th festival was held on November 5 and 6, 2016, and brought 110,000 visitors in total in two days to the city with a population of 38,000.

It took approximately two months for Usuki citizens and volunteers to make bamboo lanterns as well as big and small art objects to illuminate the port town’s famous tourist spots including the ruins of ancient Usuki Castle and streets with temples and old samurai houses.