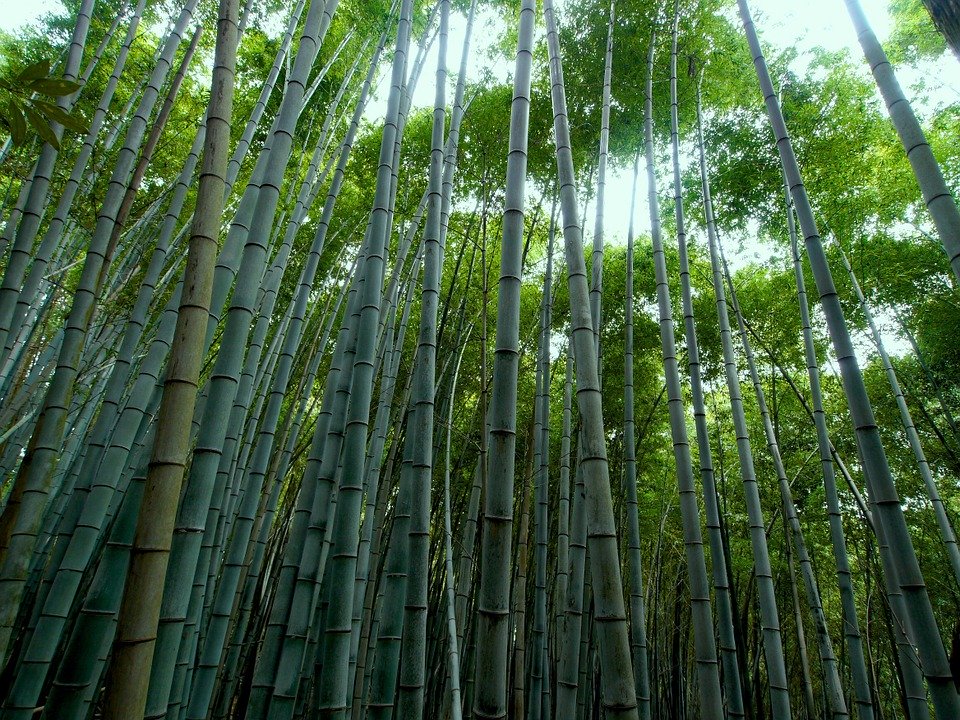 Vietnam currently has more than 1.5 million hectares of bamboo under different forest types. In which, the sustainable exploitable area is 354,000 ha with the exploitable reserve of 4.3 billion trees and the annual exploitable output is 432 million trees. The total amount of bamboo exploited for handicraft production is not much, the rest goes to construction and pulp production.

Vietnam has 92 species of bamboo of 16 genres, distributed in most provinces in the country. Here are some species used in the production of handicraft products nationwide:

Grass bamboo: Scattered in Song Ma district and some other districts of Son La and Hoa Binh provinces. This type of bamboo has not much in volume, usually cut into pipes to make beautiful hanging blinds or to weave curtains to hang the whole tree.

Thorny bamboo: Distributed in most of the Northern Midlands and Mountains, Central, Central Highlands, Southeast. This specie of bamboo is flexible, making it possible to split and plait a wide range of handicrafts such as winnowing baskets, sieves, nibs, baskets, shrimp and fish fishing tools such as traps, boats ...

Neohouzeaua: Distributed and concentrated in the northern mountainous provinces and the North Central region. It is flexible and easy to process in handicrafts such as skewers, cork, wicker.

Nulgar bamboo: Mainly distributed in the eastern and southwestern provinces, with the majority including Tay Ninh and Binh Phuoc. In recent years, due to the development of more efficient industrial crops (rubber, pepper, ...), the area of ​​upland has shrunk significantly. The trunk has small porosity, is widely used in making tables, chairs, cabinets, shelves, bookshelves, ladders, fences, and recently it is also used as a replacement of the marine floor balets to transport exported rice

Lo o: Distributed mainly in the Central Highlands provinces. Lam Dong is a province with large reserves. Currently, these are used to make chopsticks, toothpicks, skewers, popsicles, and incense sticks.

The direction of applying new technology to improve the coefficient of raw material use has begun to be of interest to craft village establishments to reduce the cost of the product (for example, investment in the Strand-woven bamboo technology to try to increase the efficiency of using raw materials is over 70%).

Planning on bamboo materials according to usage needs has not received much attention, some species of bamboo such as neohouzeaua or moso bamboo become scarce, while some other species such as thorny bamboo which are scattered throughout the countryside, are not being used. Bamboo family materials receive little interest in planning in most localities, the location of bamboo materials is still far behind some other crops such as rubber, acacia, cashew ..., although from an economic perspective they bring more benefits.

The economic efficiency of the bamboo family can be more economically viable. Many enterprises have organized the development of material zones and/or wish to develop material zones, however, there are still many difficulties related to finding land sources for long-term production stability, hardships in finding suitable partnerships for forestry companies or/and owner households of forest land. The development of bamboo-family materials of enterprises is also facing difficulties in implementing cultivation techniques and finding seed sources (many types of materials have not created seedlings).

Due to the scarcity of raw materials and the soaring price of bamboos, businesses have begun to exploit bamboo through imports. The main source of imported raw materials is moso bamboo from China or nulgar bamboo from Cambodia. This is a real risk for the Vietnamese bamboo handicraft villages in the long run, because in this case the craft villages already depend on imported bamboo sources and the actual retained domestic income will also decrease because some foreign currency will be used to remit overseas for raw materials. In addition, the decline in raw material area also creates the risk of losing jobs and income for many poor people in raw material areas where bamboo is one of the main sources of income.