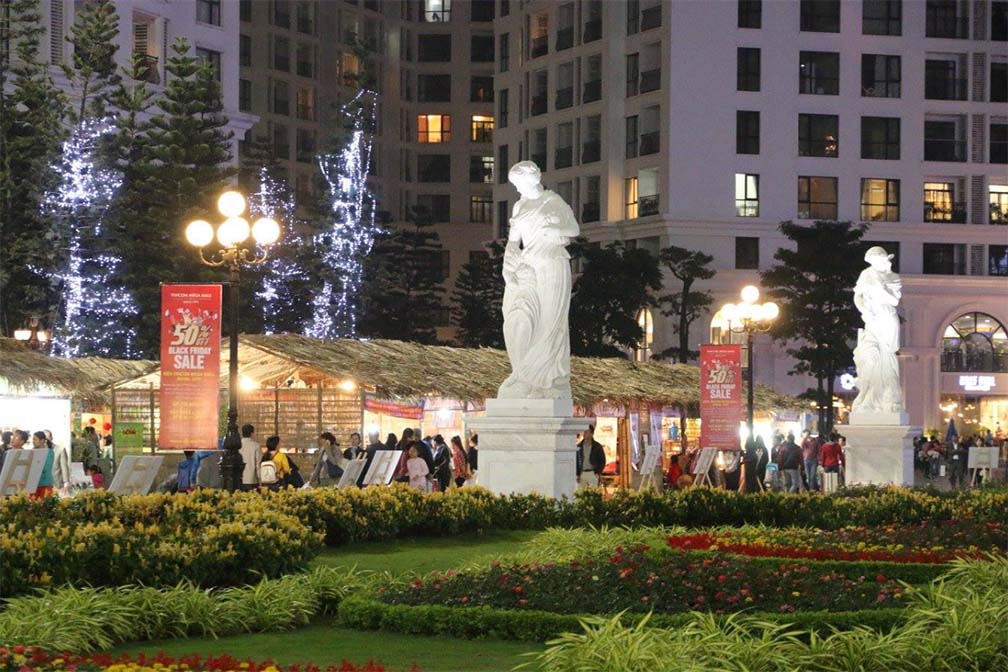 The Vietnam Local Specialty Fair 2017 officially opened at the Royal City Trade Centre in Hanoi on November 23, showcasing thousands of specialties from 55 provinces and cities around the country at 250 pavilions. Vietcraft is the implementing partner for this special fair

The opening ceremony of the fair was held on November 23 but the fair was launched earlier on November 22, attracting the participation of a large number of Hanoi locals. Dinh Thi Hien, a resident of the Royal City residential area, said that many inhabitants from the residential area visited the fair to buy local products as it presents a rare opportunity to showcase agricultural specialties and clean food from various regions across the country through the introduction of provincial Departments of Agriculture and Rural Development and Departments of Industry and Trade.

Dang Quy Ngoc, Director of the Thuan Thien Thanh Food Investment and Development JSC based in Dong Thap province brought two of his company’s major products to the fair including soursop juice and fried soursop. The young entrepreneur hoped to soon find a channel to distribute his products in Hanoi, particularly for the upcoming Tet (Lunar New Year). Ngoc noted that on the second day of the fair he found two agencies willing to sell his products and he also wished to find more partners to give his products access to the networks of supermarkets and convenience stores in Hanoi.

In addition, the fair saw the participation of pavilions from foreign countries such as Pakistan, Palestine, and Belarus which featured the characteristic dishes and culture of their localities.

The event is among the various activities organized to connect trade activities between Hanoi and provinces which is held annually by the Hanoi Promotion Agency.

In his opening remarks, Vice Chairman of Hanoi municipal People's Committee Nguyen Doan Toan said that with its population of more than 10 million, Hanoi is now a large consumer market boasting a vast and modern distribution network including 22 trade centres, 125 supermarkets, 454 traditional markets, 600 chains of convenience stores, 50 chains of farm produce and food stores, among others which are capable of gathering and distributing goods to other regions across the country.

However, Toan noted that the city's food supply capacity has yet to meet local demand as rice production only meets 35% of the city's demand, beef meets 15%, aquatic products meet 5%, processed food meets 25%, vegetables meet 65%, and fruits meet 30% of demand.

To ensure the consumption demand of Hanoi residents is met and to increase links between enterprises, the municipal People's Committee directed the Hanoi Promotion Agency to organize the Regional Specialties Fair, Toan stated.

Director of the Hanoi Promotion Agency, Nguyen Gia Phuong said that the fair has been held annually in Hanoi since 2014. After three years, the quality of the event has been renewed and improved, becoming a prestigious trade promotion event, and attracting the participation of a large number of enterprises and visitors.